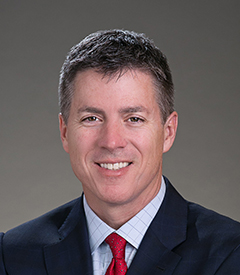 Tim McEvoy is a Fellow of The American College of Trial Lawyers, the most prestigious, invitation-only society of senior trial counsel in the United States and Canada.  A former state and federal prosecutor, he has been involved with matters as diverse as whether a sitting state Attorney General had to obey a sitting Governor, precedent-setting litigation in the Delaware Court of Chancery involving preferred shareholder rights and the duties of potentially conflicted venture capitalists in a merger, shareholder’s agreement disputes, business “divorces,” software development disputes, the Clean Water Act, pharmaceutical drug development, and other commercial litigation of all kinds.  Mr. McEvoy has also appeared before the United States Supreme Court (where the lower courts were reversed by a 9-0 vote), has obtained and collected recoveries of more than $50,000,000 on behalf of his clients, and successfully defended liquidated commercial claims far exceeding that amount.

For years running, Mr. McEvoy has been AV-rated by the Martindale-Hubbell peer rating service, the highest rating available for skill and ethics.  He is also perennially listed in in publications such as Virginia Business magazine’s “Virginia Legal Elite,” Thomson-Reuters’ Virginia and D.C. “Super Lawyers” and the prestigious “Best Lawyers in America” list.  He has won the Fairfax Bar Association’s President’s Award for Leadership and Service three times, and has served as President of the Fairfax Law Foundation, a 501(c)(3) entity that provides pro bono legal services and educates the public about the Rule of Law.  He has represented both the Arlington County Bar Association and the Fairfax Bar Association in legal disputes with third parties, and has additionally represented two Virginia Commonwealth’s Attorneys in civil rights disputes initiated against them in federal court. He also serves as a member of the Merit Selection Committee for United States Magistrate Judges in the Eastern District of Virginia, Alexandria Division.

In his free time, Mr. McEvoy is a road bike and motorbike enthusiast, manager and supporter of youth sports teams, and an advocate and advisor for mental health issues.  He enjoys biography, history, traveling and people, and is a member of the Virginia Club of New York and the Virginia Historical Society.