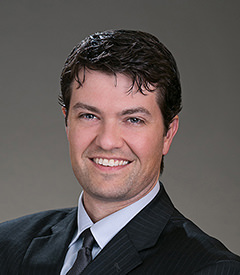 Sean Patrick Roche is a business litigation attorney and a partner in the firm. His practice is devoted to complex civil litigation with expertise in matters generally revolving around a variety of forms of contract disputes, often including high stakes “bet-the-company” litigation. For example, Mr. Roche regularly handles contract litigation involving construction, real estate, trust and estates, labor and employment, commercial landlord-tenant, telecommunication, intellectual property, and various other forms of complex business disputes. Ultimately, Mr. Roche is a trial attorney though his expertise is in conflict resolution, whether by prevailing in court or negotiating the best possible resolution out of court. Mr. Roche is licensed to practice law in Virginia, Washington, D.C., and Maryland. He regularly handles litigation in the state and federal courts throughout all three jurisdictions and he is often specially admitted to appear on behalf of clients in various courts and arbitration proceedings throughout the United States and Canada.

Mr. Roche was born and raised in the Washington, D.C. area, where he continues to reside with his wife and two sons. He obtained two Bachelor of Arts degrees from Georgetown University, a Juris Doctorate from the University of Richmond School of Law (where he served on the Law Review as Allen Chair Editor), and a Master of Laws (“LL.M.”) in Litigation and Dispute Resolution from The George Washington University Law School. Mr. Roche is also a graduate of the College of Trial Advocacy.

Mr. Roche has been named among Virginia Business magazine’s “Legal Elite”, the Washington Post Magazine’s “Outstanding Young Lawyers,” and he has been elected as a “Super Lawyer” in Virginia, Maryland, and D.C. In his first year of eligibility, he achieved an AV-rating by Martindale-Hubbell, the highest available rating from the premier attorney rating database. Inclusion on these various lists means Mr. Roche is among those lawyers recognized by his peers as one of the best in the D.C. metropolitan region.

A trial attorney’s special expertise is in the area of courtroom practice and trial procedure. Mr. Roche applies that discipline regularly in the following types of business disputes: