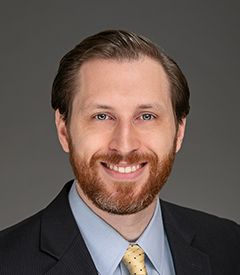 William (“Will”) Evans is a litigator and trial attorney who represents clients in a wide range of civil matters, both in and out of court.

Mr. Evans represents clients in state and federal court, including bankruptcy court and appellate proceedings, as well as in alternative dispute resolution (such as mediation and arbitration). He has tried numerous civil cases, including both jury and bench trials.

Prior to joining Cameron/McEvoy in October 2020, Mr. Evans was an attorney at an AmLaw 100 law firm, where he represented clients that included publicly-traded and Fortune 500 companies.